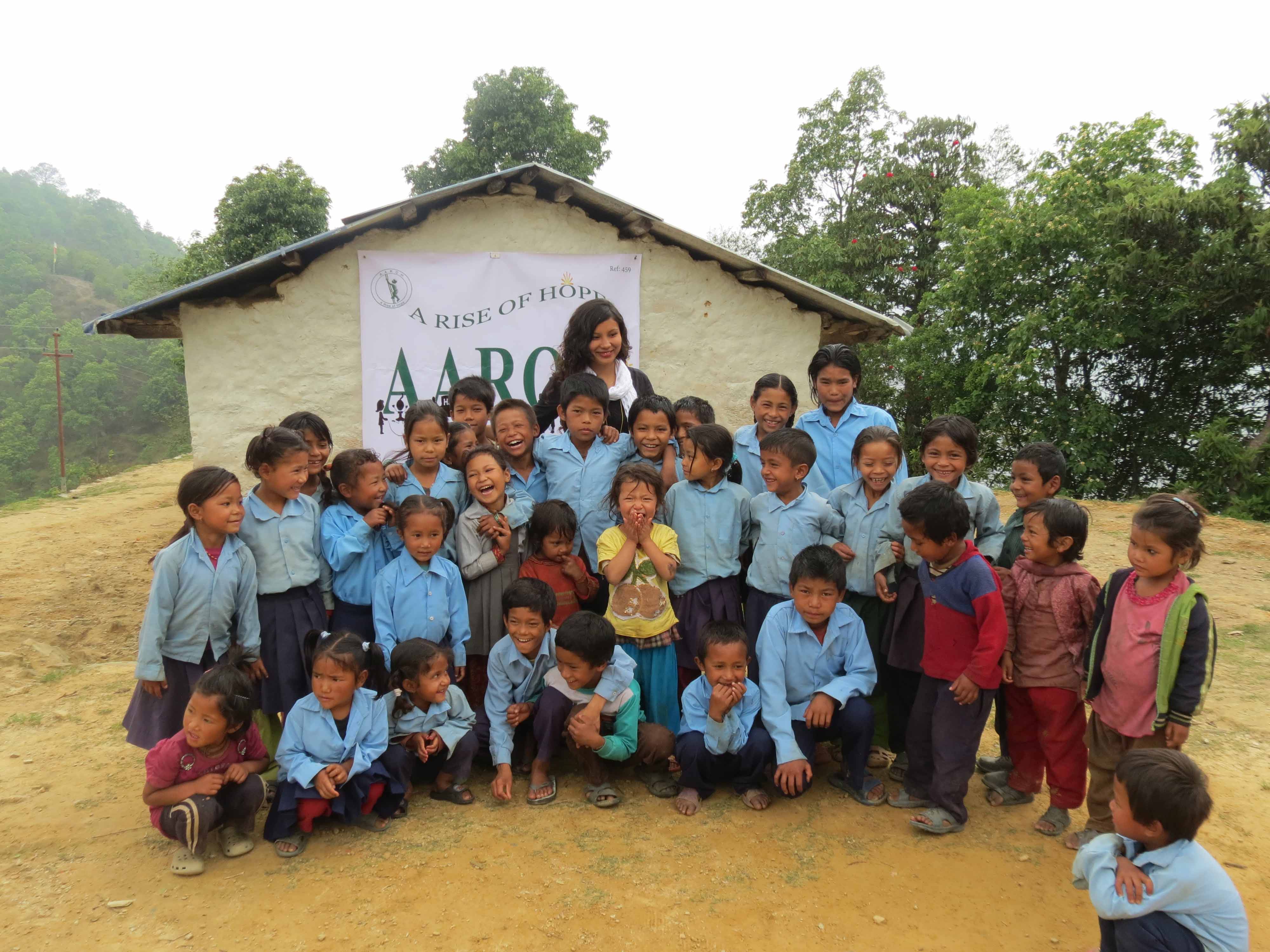 Once a wise man said, “It takes a special kind of stupid to start a nonprofit on your own”. Perhaps, it is so. It, however, is also true that to be the special kind of stupid too, one needs as much dedication and conscience, perhaps even more so. Through my long and rather onerous journey of establishing a dynamic organization that chaperons the educational need of the rural community, I have always committed it to my memory that no non-profit has ever succeeded without persistence and continuous journey forward.

The name that I came up with for my organization was AAROH, and this name is a special dedication to my continuous effort to amalgamate more rural mass into the melting pot of development and modernization. It is a rise of hope- hope of deprived children towards a better tomorrow and hope of equal opportunities to the underprivileged. Undoubtedly, it wasn’t easy to get to where AAROH is now and the high-road was never really straight. Like every other parents of the Nepalese community, my parents too were expecting me to finish my MBA and go join some decent 9 to 5. All my close friends were starting to depart to various countries abroad. At this point, I began contemplating my plans for the future very seriously and that is precisely the point where I realized that my passion lay not in earning dozen bucks in some tedious and doltish career or even in uploading some oh-so-interesting foreign travel pictures on social media, as is sadly the current trend. I became cognizant of my devotion to serve humanity, to be the ray of hope to the indigent children and impoverished women in my own country Nepal.

Fast forward through all the strenuous struggles and today, four years later, as I step onto 2018, I have connected with hundreds of people, raised modest amounts of money on several occasions by inspiring people through my unpretentious social service, and spread my vision a little bit further in every step I take. I can now proudly and honestly say that starting a nonprofit was the best decision of my life.

When you tell someone about a great idea, it will often cause him or her to think about it and in some cases talk about it. And that is a good thing too. But what is really difficult is to convert ideas into action and then that action into money, which is exactly what you need as an organization to survive.

However, there has always been a lingering question in my mind since starting my organization. Yet, unfortunately, after these four years, the question is even more difficult to answer. In my humble opinion, success in the nonprofit sector is a function of luck more than anything else. Creativity, hard but smart work and intentional networking are also significant factors. In any case, my organization has had an unexceptional amount of success within four years. It has received numerous small grants ranging from $500 to $130,000, doing more than 30 programs in rural Nepal and three ongoing projects and a couple of awards for innovative programs. However, this mild success also does not answer the question of whether or not the organization is successful or sustaining at its best.

My answer is no. I say this with pain in my heart, with pride in what I have been able to accomplish, and with a precise understanding of how to create greater impact. For the type and size of my organization, the amount of time devoted to unsuccessful fundraising really does not make sense, Sometimes waking up every morning and going to bed every night worrying about whether the fundraising objectives are met or not doesn’t count either. What is does do is that it gives me an immense pressure and if the objectives are not met then the pace of growth is slow and the mission drifts because NGOs need money for any operations. There is no direct correlation with the work and income. NGOs compete with private sector and government for talent, and they just do not often have the resources to level the playing field.

For many of us it might be interesting to read the proclamations of failed nonprofits. But they are inherently melancholic and disheartening. It is as if the nonprofit leader is falling on his or her sword, accepting the shame of defeat. They say things like “we had a good run” or “thanks for the memories” or “it was fun while it lasted.” These final newsletters only serve to strengthen the understandings, and perhaps realities, that our nonprofit sector is weak. You are putting your ideas out into the world, and the world is tearing them apart; your ideas are so much like your ugly child who is, all the same, so beautiful to you because only you know of all the labor you have put into breathing life to that child which the world now labels “ugly”.

All odds being equal, there has been a mushroom growth of NGO in Nepal which is just a little puny dot in this big world. According to the Social Welfare Council, there were 39,759 NGOs registered between 1977 and 2014 in Nepal. The competition sometimes gives sense with 100 percent certainty that you will fail and your organization would not exist within five years time.

There are many challenges I faced and I’m hardly qualified to enumerate all of them. A lot of NGOs are doing amazing work solving hard, real world problems selflessly and silently. The main challenge NGOs face is people- people who don’t like change, people who have a false sense of what giving means and sometimes, people who just don’t care.

The biggest challenge for me was finding right people willing to work for extended hours with less payment compared to other organization since there were less resources and funds because in the beginning, everything was self funded with my own savings. Hiring experienced personnel was beyond my imagination. Also because of the low brand power, college interns showed up and left within no time.

Hiring a graphic designer, web developer, an editor was beyond my meager budget so I started learning through Google and YouTube. I had to improvise more often than not, and be my own master all through. With low resources I learned video editing, graphic designing, proposal writing and even website designing within a span of one year.

In such a sink or swim situation with a hope of dedication and relentless efforts, I had a feeling that all this drudgery would one day inevitably bear fruits. My respectable mentor always says “Keep climbing up”. And that is exactly what I did- I kept climbing forward, I kept striving to achieve more and to serve more.

To keep any lamp burning, you have to keep adding oil to it. Don’t expect bright lights if you don’t have the enthusiasm to keep it burning. I believe that fundraising success consists of going from failure to failure in every step you take without loss of enthusiasm, but I also heartily believe thatmore impact can be achieved through the consolidation of efforts. So designing a sustainable project was the most challenging part for me. The implication of this sustainable program is slowly progressing day by day and its impact is clearly seen. The operation expenses of my office don’t burden me anymore. Over the next few years I will be transferring the momentum that my organization has created to another level and the weight of my organization will be transferred to other organizations. Mydreams to tap into women development in rural parts of Nepal, to introduce the light of education among the destitute children and to advocate for sustainable living will definitely come true.