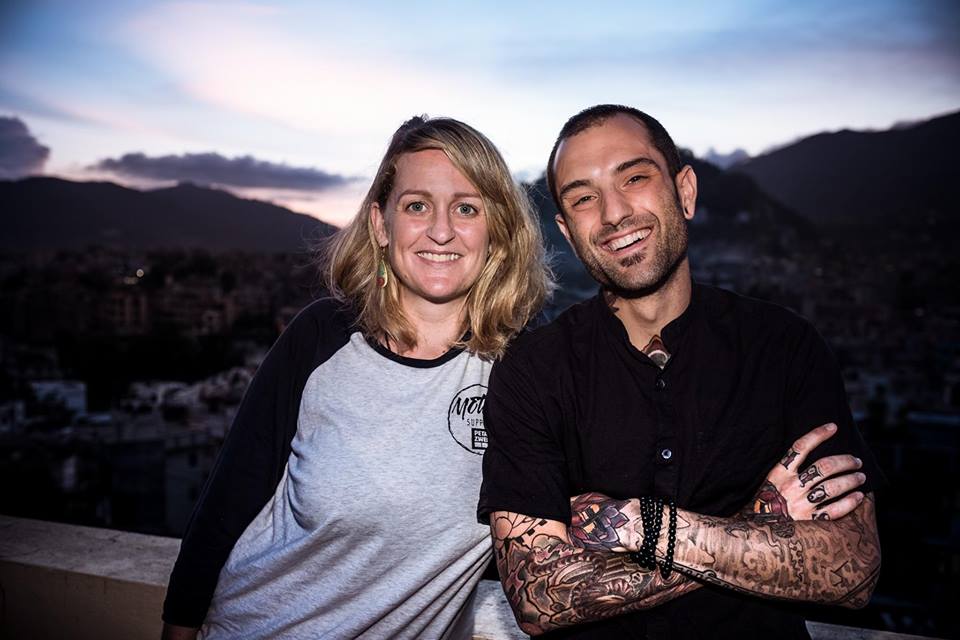 With the collaboration of “AAROH” and “Windhorse Rising” we are helping to rebuild a school in Dhading, for 110 children in the far outskirts. We are involved in a project named “Sunaulo Bhawishya” which means crafting golden future for children.

Let’s meet our team, Tokpa and Andrea of Windhorse Rising!
TOKPA KORLO-
Tokpa Korlo is a versatile American artist who shares his inspiration through photos, video, movie and music. Tokpa’s photography captures his constant search for expression and depth—be it in a smile, a shadow playing with light, emotion or color—freezing a single moment in time. As a full-time world traveler, Tokpa has spent the past five years in the epicenter of the Buddhist world, documenting the activity and culture of some of the world’s most prominent teachers. His work has been featured in magazines and books all over the world, his short films which feature his own music brings his unique blend of Eastern art and stylishly intense western edge has created a buzz with his ever-growing social media presence.
Tokpa Korlo has created a unique style of photography that is possible to experience with your heart and thanks to his honesty his work has gained worldwide attention. Tokpa’s work is a labor of love—it means the world to him and he has dedicated his life to this ideal. Both Windhorse Rising and his Dharma Imagery Project—his work with the Buddhist world—was created for the single purpose to share Tokpa’s inspiration, devotion, joy and thankfulness to all.

ANDREA DREWER-
Born in Germany Andrea is a passionate world traveler, Asian specialist and social entrepreneur. Since 2010 she’s been living in different countries in South East Asia like India, Sri Lanka, Indonesia, Malaysia and now settling in Nepal, she has a deep insight into the cultures with all their beauty and differences. From young age she became a vegetarian, always aware of global challenges she’s a proud supporter of animal and human rights. Andrea was always strongly connected to nature, and standing up for its preservation.
Formerly Operations Manager of several big fashion retailers she decided to leave Europe for Asia to apply her acquired skills and western mindset to contribute to change for the better. This was achieved by supporting several international organizations and NGOs and eventually launching her own projects Windhorse Rising and ANMA in Nepal. Putting all her energy and heart into her work she now has projects with animal shelters, orphanages, and people with disabilities as well with monasteries in Europe and Asia. She is very open to all cultures and religions and strongly connected to several different monastic lineages.
Her positive attitude, inmesurable sized heart, strong will and sense of cultural differences synced with her management and execution skills, helping to develop many projects and support many organisations.