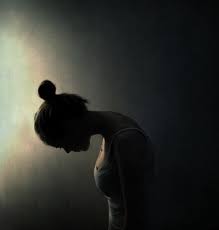 She closed her eyes for one last time. All the bitter memories came rushing back into her mind. Every single touch that she had so carefully hidden at the back of her mind, every scream she’d suppressed, every single drop of tear that had gone un-wiped. She could still feel their hands smothering her inside out and their rough caress that seemed to burn her skin. Her hands still remembered the brutal binds of the rough nylon rope that had tied her sturdily to the bed post. Her mouth never anymore felt anything except the steely and foul taste of that rough cloth that had suppressed all her desperate calls for help. And her body- it has ceased to be hers the moment they forced themselves into her and inside her. That memory was as alive as daylight in the midst of autumn noon when she was later thrown in the garbage heap wearing nothing but shame and despair at the cover of darkness of the midnight. That heap, she realized now, had smelled so wonderfully of freedom and help. It was just the matter of being rescued in the morning and she waited there immobile, more dead than alive.

But worst of it all was the morning that she had been so desperately waiting for and all that she had thought would be freedom and justice. If the night had destroyed her self-respect and her dignity, the following morning and every day that followed thereafter had crushed her belief in humanity. The relentless interrogations, constant probing of her body parts in private rooms just to “make sure it really was rape”, thorough investigations upon her character, such perpetual rapid fire questions that made her feel more naked now than she had felt that night, the smug and pitiless stares full of disgust by the very people whom she had counted on for support and those countless visit to courtrooms where she was humiliated to such degrees that at times she began considering herself the culprit. What did it all come down to? Bail on payroll for those who brought this fate upon her and a big, black smudge on her own character. “She must have worn some tiny dress”, “Who asked her to walk such lonely street at night all alone?”,”She has never been the decent type, this was bound to happen”.

In no time she had become an example to every woman who had a daughter. “See, if you don’t quit acting dauntless, the same thing will happen to you. So quit wearing those skirts and pants and say no to night party.”And as she closed her eyes, she realized that all the time when she advocated for equal rights for men and women, maybe she was wrong. She must have been wrong in considering herself as capable as her male counterparts. She must have been wrong in competing with them. She definitely was wrong in trying to help the same women who now despised her. Perhaps, they had never really wanted to be helped. Perhaps, pain for them was an inevitable part of their life and violence was perhaps only just an over-rated term. If they did want help, why did they not empathize with her own sorrows the way she had done to theirs? Why were they so adamant upon shaming her and anybody who had anything to do with her? 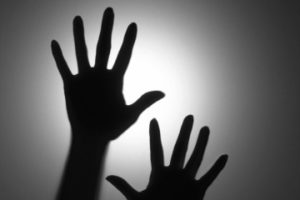 does come down to her. Tears streamed down her face as she realized how ignorant she had been when, at the age of 9, she had allowed that sweet vendor at the corner of the street to bribe her with sweets in return for not telling anyone that she’d seen him touch her friend in all the wrong places. Mothers always teach their daughters to dress sober and to act sober, but why do they not teach them to fight for what’s right? Even now, her own mother had wanted her to keep the matter hush but it was her own whim that she spoke up. But what good did it do anyway? Why don’t mothers teach their sons to behave better? And why do law and politics and the society at large favor men over women in matters such as this?

Perhaps, she’s better off not getting her answers.

The cold kerosene hit her sweaty body as her eyes perspired undauntingly. And when she opened her eyes, she saw bright fire ready to engulf her body and every misery that had been eating at her soul. And there, in the fiery wreath that covered her entirely, she performed her “aagni parikshya” that she would inevitably fail and that is where she found her redemption, her annihilation.