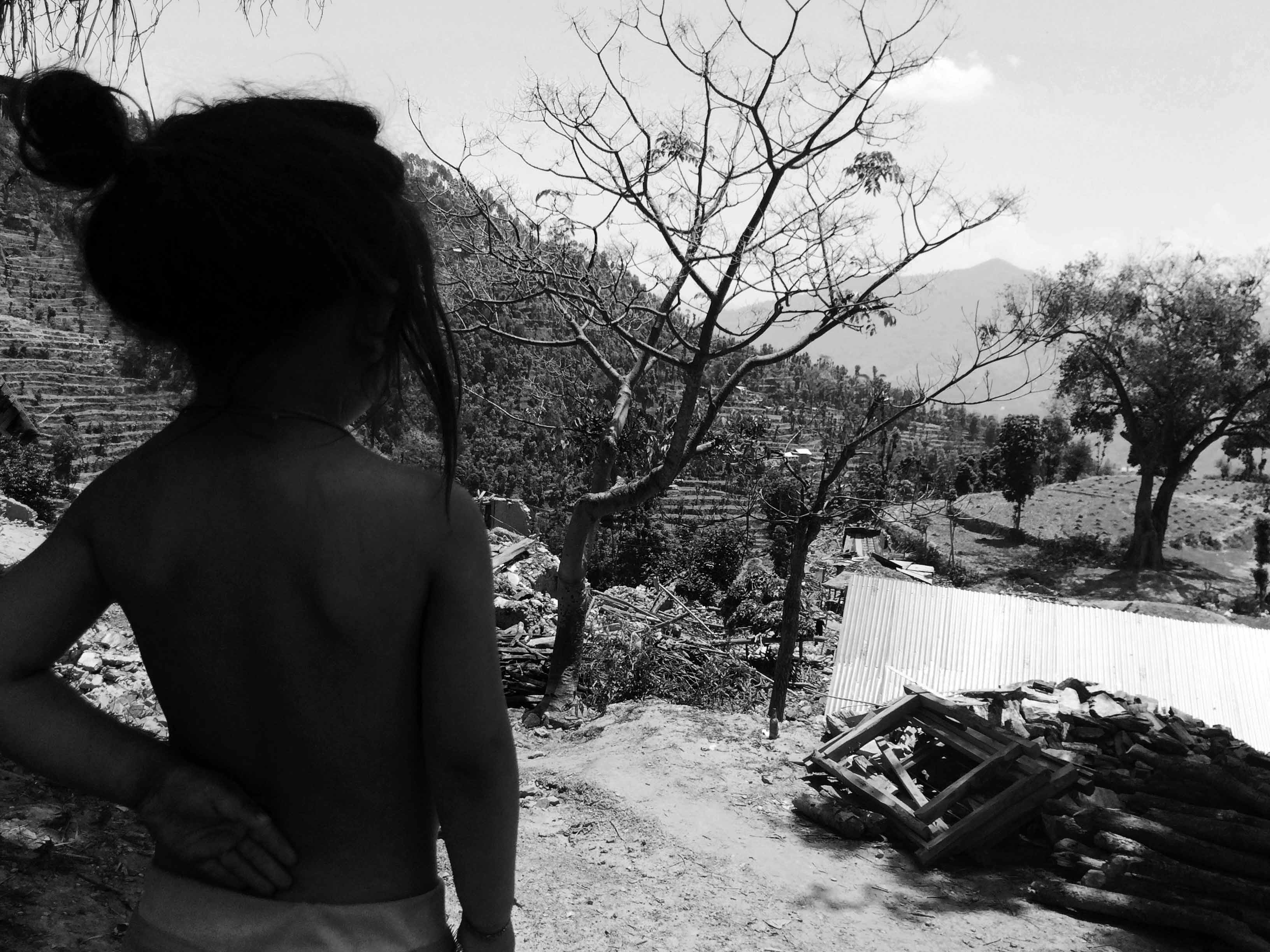 A Rise of Hope

Year: 2082 B.S….it has been ten years to the massive, destructive earthquake, yet, so many lives are still distraught, so many are still coping with the aftermaths of the murdered dreams and life….it’s just a sorrowful pause between birth and death.

A tale of hope coming alive…..

The cold splashes of unforgiving rain were drenching her body to the core, but it was the hurricane smothering her inside her soul that made her groan in pain and despair.

Sunita was just returning home after finishing the chores at her neighboring town- all her hard work paid her meager wages to sustain her entire family of four- when she got caught in the middle of a heavy downpour. She still had a long way to travel before reaching her village. Urgently searching for any sort of shelter, she ran towards the nearest hut that, though crumpled, still seemed to somewhere retain its structure.

All around, the village looked very rustic and uninhabited. After the mega earthquake of 72, so many houses had been devastated that those few villagers who had survived the calamity had simply migrated over to the next village, and now, after all these years, heavy moss and those thousand plants that rule over ruins had started claiming the property with an unnamed authority.

Sunita looked up to the sky mourning the heavy, dark clouds still signifying the impending arrival of a heavy fall. She’d probably be confined in the same place for at least a few hours now.

She dreaded the daily travel to and forth this place that looked more like a green, dead habit than a once-upon-a-time village. It showed no symbol of life anymore- in face, it showed no evidence that here used to be life here previously. People feared travelling this route even today, after 10 years, because so many people (let alone hopes and desires) had been killed that year that rumors of un-purged spirit haunting the place wafted through the innocent hearts of people nearby. But Sunita had no option other than taking this very route to the town because she couldn’t afford taking the bus each day through the longer way.

As she looked around, she reminiscised her happier days in the past before the earthquake snatched so cruelly from her all her happiness. They used to have a beautiful one-storied mud house right here in this very village…granted, it wasn’t as lovely as those tall houses back at town where she worked. But then, to her, it was a tiny piece of heaven itself. Her daddy had so painstakingly built the house and her mother had lovingly made it a home. But in the earthquake, she lost her dear house, and both her parents were buried somewhere in the rubble. She and her four siblings were safe only just because they were out playing in the fields.

Her heart shuddered all over again when she reminiscised the terror they had felt when, running wildly home, they couldn’t distinguish where exactly they stood- there was not a single house anywhere. She had so helplessly jumped into the rubble in the midst of the unending quake ignoring those booming sounds of the plates colliding together, her siblings shouting for their parents desperately in choking tears, she had done everything she could to unearth every bit of rock and those thousand pieces that had once been home.

When she started losing hope, the terrifying image of her mother choking somewhere down there for air hit across her mind like lightening. Her daddy! God her daddy had such a bad back bent by years of sculpting…he must be in so much pain there….no no no she cannot- must not- give up…not now, not ever… AAMA!! She shouted listening amidst all the noise for her mother’s one call… BABA!! No…no sound…

The loud thunder brought Sunita back to reality. Were those tears streaming down her face? The cold splashes of unforgiving rain were drenching her body to the core, but it was the hurricane smothering her inside her soul that made her groan in pain and despair.

As she looked around hoping to let the past stay buried deep inside her most secret memory vaults, Sunita realized so suddenly that where she was standing right then was no other than her old school.

School….she remembered how much she dreaded going to school back then. She’d fake bad stomach sometimes, and some other times aching head just to stay away from the dreaded torture chamber. She preferred playing out with her mates and even house work seemed so much better than school. She’d always been a house-wifely character, and everybody admitted it too. But her parents were very strict when it came to education.

Her baba worked two jobs to send all four of them to the community school. And her aama did odds and ends for the neighbors to sustain the family. After their sad demise, they had had to move in to another village and start all over again. Her neighbors had been great support to the poor orphans. Sunita was just 18 yet she was all that her siblings had. After the calamity, none of them could afford school and Sunita needed to work morning through late evening just to put some food on the table.

Sunita dreamed happily of those days when she was so carefree…when she had taken education for granted. Today, she struggled even to do simple calculations. Then, at that very moment a sudden realization dawned upon her as though the lightening had hit her inside her brain. Education….without it, here she was often getting cheated at the markets. The world was so much more larger than she would ever know. No wonder her parents were so bent upon educating all of them. Now that she was their all, she firmly looked ahead towards those small gleaming bulb lights far away at her home where they might be sitting right now huddled together waiting for her to come home, she would be their ALL. She nodded in thorough consent that she would now work as many jobs as her body would allow and send them all back to school. They would see the world- all of it, and she would be their hope- a rise of hope!